CKSC is definitely one of the best, if not the best, Chinese learning institutions in the country. 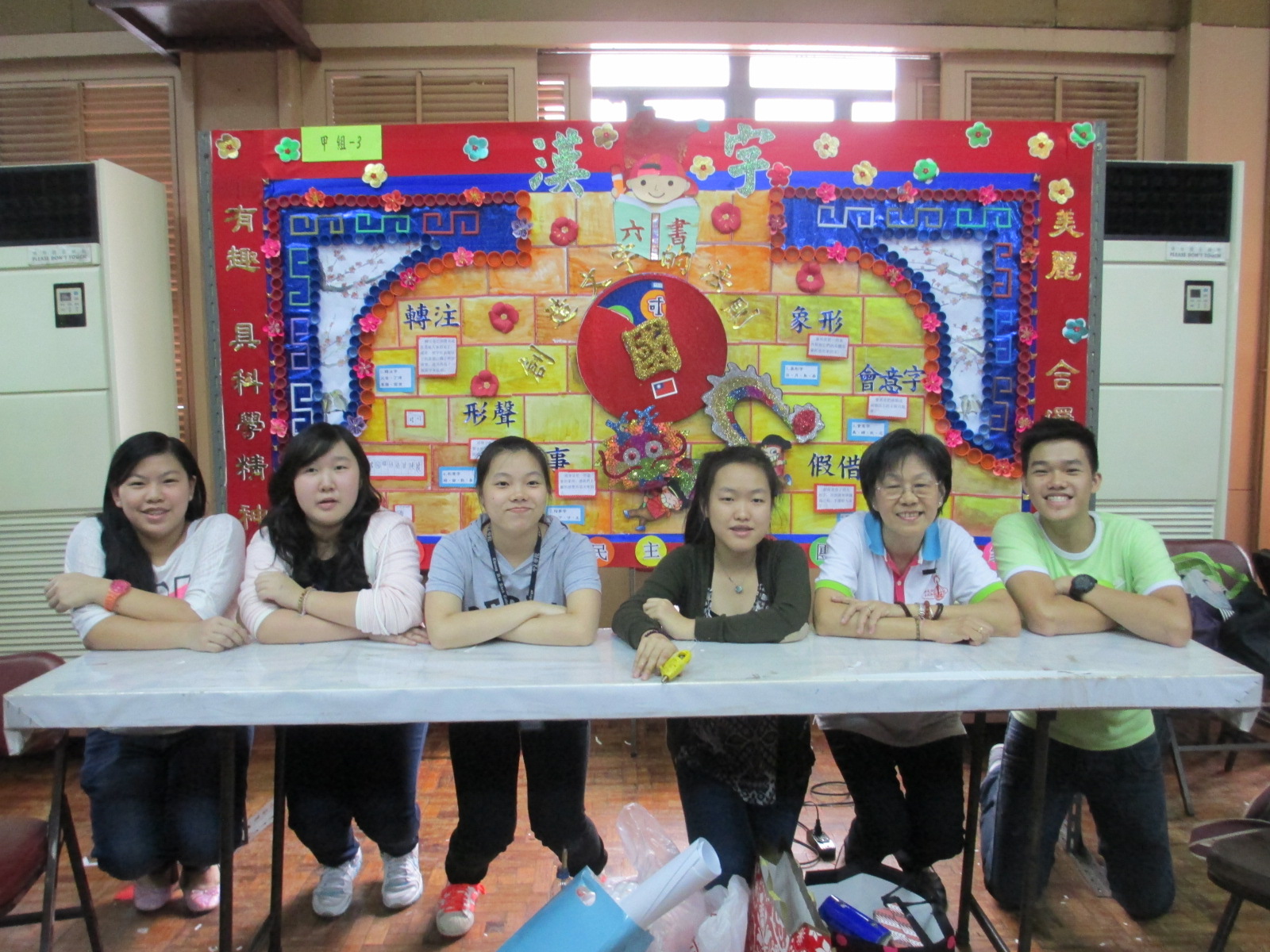 Its students dominated the "Creativity with Chinese Characters" On-the-Spot Bulletin Board Making Contest sponsored by the Filipino-Chinese Cultural and Economic Association last November 16 at Liberty Hall in Benavides Street, Binondo, Manila, with 3 of 4 categories having CKSC teams as champions.

Gear Up for the Future 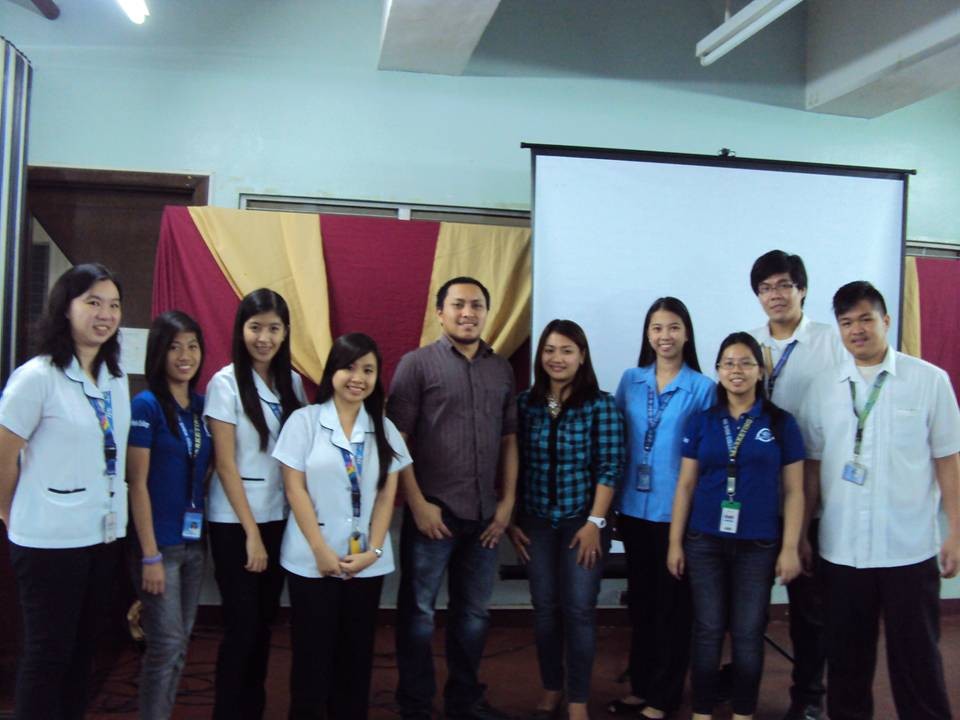 “Gear Up for the Future” is a seminar conducted by the Junior Organization held last 13th of November 2013 at the 7th floor of the CKSC-FBAS Narra campus. The speaker, Myron Sta. Ana, is one of the Philippines’ top young corporate trainers-- the next big name in motivational/inspirational speaking, a specialist in call center and learning & development consultancy, the expert in leadership mentoring, the guru in communication coaching, and the authority in team-building activities facilitation. Read more at : http://fbas.cksc.edu.ph/news/378-gear-up-for-the-future 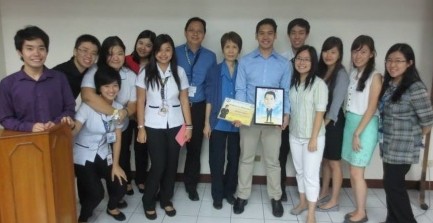 One of the most awaited talks finally came to CKSC-FBAS. Jonathan Yabut was invited by the Senior Organization to share an inspirational message and give advice to CKSCians. Over 100 students and professors attended the seminar held on the 14th of November 2013 at the 4th floor AVR, CKSC Narra Campus. Read more at: http://fbas.cksc.edu.ph/news/379-journeys-of-inspiration

CKSC students stamped their class in many inter-school competitions. 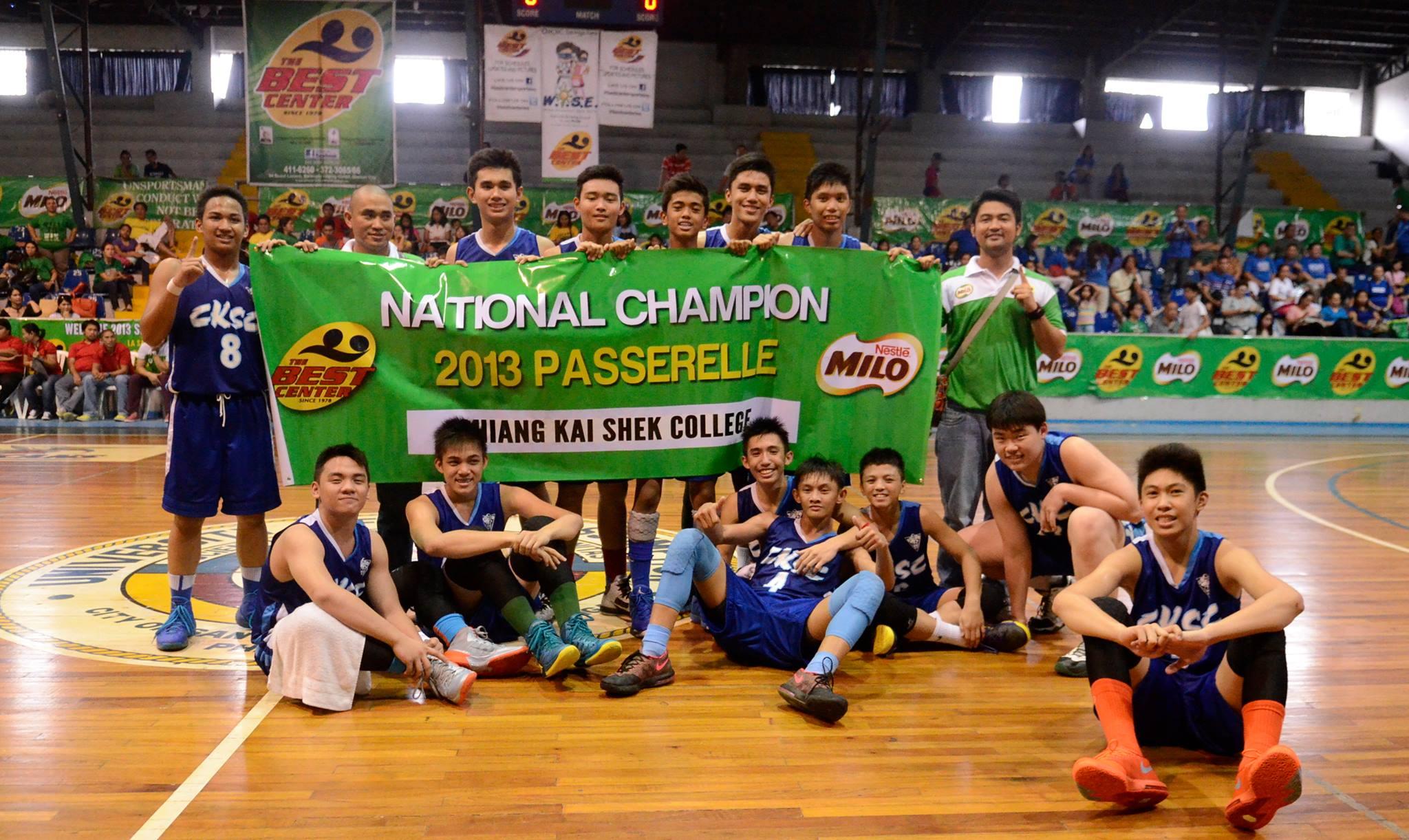 If you want happiness for an hour - take a nap.

If you want happiness for a day - go fishing.

If you want happiness for a month - get married.

If you want happiness for a year - inherit a fortune.

If you want happiness for a lifetime - help others. 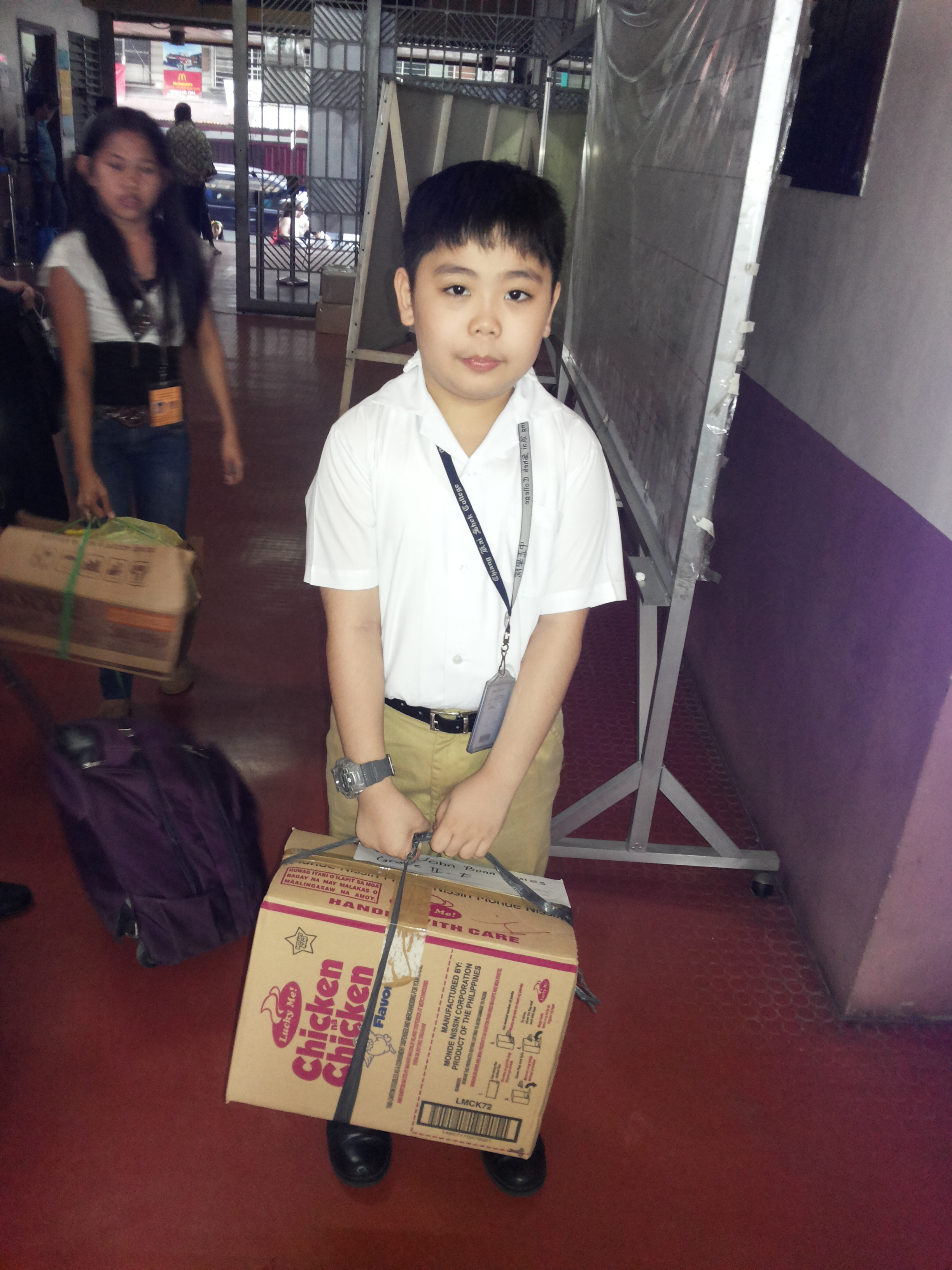 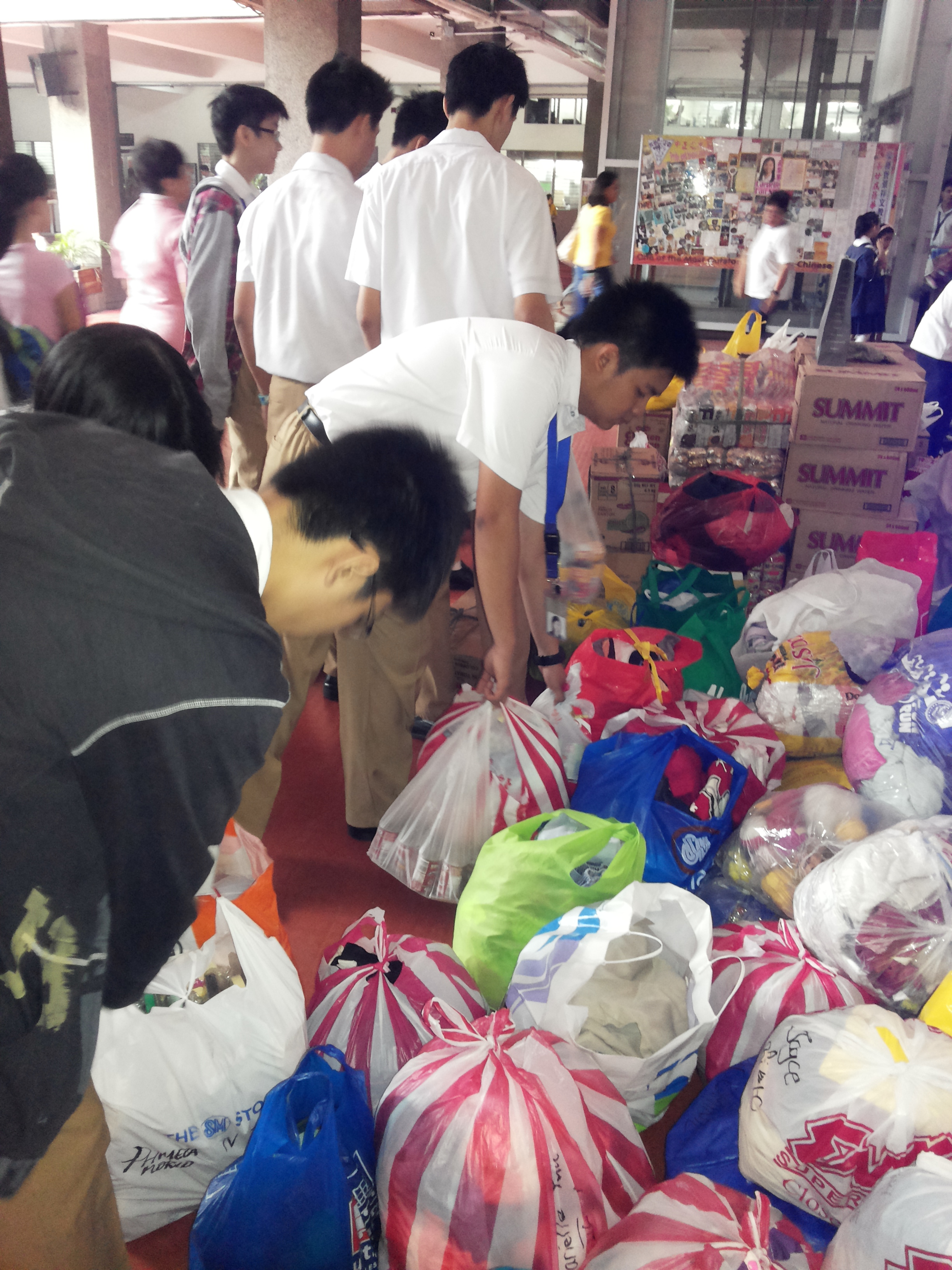 Having seen the havoc brought by monster typhoon Yolanda, the hopelessness that ensued due to lack of organized relief operations and the utter despair of the residents in Central Visayas, particularly Leyte and Eastern Visayas, Chiang Kai Shek College did not lose time to reach out quickly.  A college-wide campaign to accept donations of any kind except cash was immediately made.  The reaction of parents, teachers, and students was a huge outpouring of support.  On November 15, the deadline for dropping of relief goods, the lobbies occupying the ground floors of the Main and Narra campuses were filled with noodles, canned goods, clothes, sacks of rice, boxes of distilled water, etc.  The next day, five organizations, namely: the Armed Forces of the Philippines, the Filipino-Chinese Business Club, Gawad Kalinga, Philippine Red Cross, and Operation: Guiuan (Samar), came to pick up the truck loads for immediate distribution.

CKSC students are not only academically good but they also excel in other fields as well. In the recent Manila Meet organized by the Division of City Schools Manila last November 11 to 18, student athletes won a lot of medals. 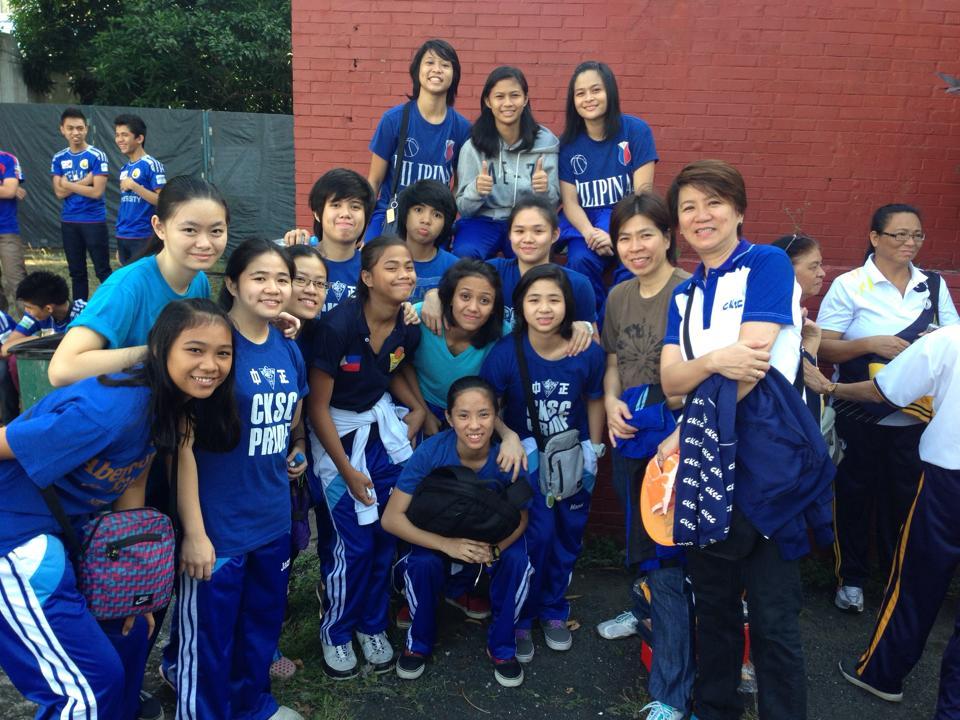 The girls’ basketball team, coached by Diana Sy, Cristina dela Cruz, and Angelina Fidellaga, again emerged champion. It was a sweet follow-up to their recent victory in the 44th WNCAA Tournament where they also emerged champion.

It’s not only CKSC students making the school proud. Alumni are also giving back by bringing honor to their Alma Mater. 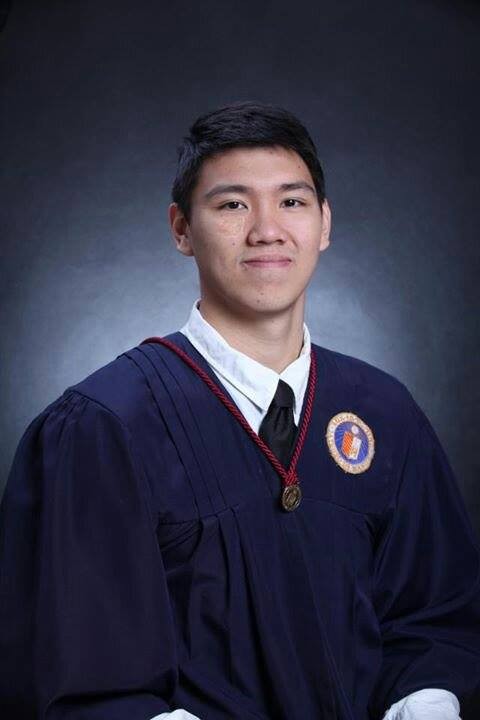 Justin Shaun Chua of high school batch 2008 was recently drafted as overall 10th pick in the 2013 Philippine Basketball Association (PBA) annual Rookie Draft Pick. Being one of the most illustrious players to ever come out of CKSC, he led the Blue Dragons to winning the 2007 Metro Manila Tiong Lian Basketball Association crown. After his graduation, he was taken in by Ateneo de Manila University and during his five years at the latter, he was part of the five-peat UAAP Champion team steered by Norman Black. He also played at the PBA D-League. Justin will be playing for Globalport in his initial year with the only professional basketball league in the Philippines.