Chiang Kai Shek College is indeed a home of the champions. Another laurel is added to the crown. 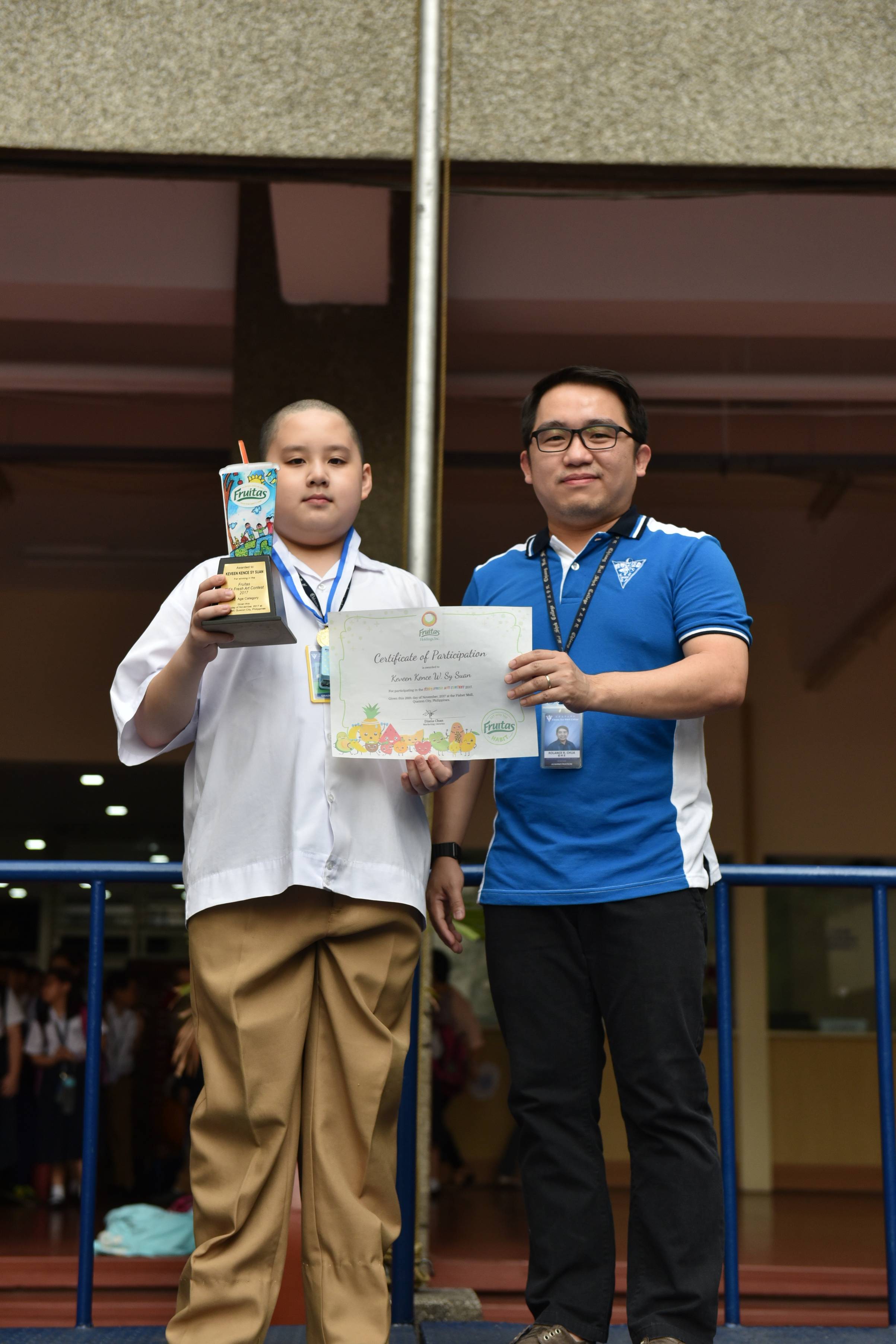 Keveen Kence Sy Suan of Grade 6 Section A is the “Fruitas Kids Fresh Art Contest Winner” for the 7 – 12 years old category, with the theme, “Celebrating Life with Family and Fruitas.” The young artist received a certificate of  recognition and a number of prizes last November 26, 2017 held at Fisher Mall, Quezon City

Keveen Kence Sy Suan services as an inspiration to youngsters out there to spend their time appropriately, the way it should be.

Colors of Life: Colors of Victory

Cocolife aspires to recognize love as a multidimensional concept that can be seen in different angles in life.  It also aims to promote the awareness, ideals, qualities, and roles of embracing life with love.

The students who are good in art were encouraged to participate and interpret what they love the most about life through an artistic, fun, and creative manner of painting.

Entries were submitted before the deadline.  After two months of waiting patiently and with excitement, the winners and the school were notified.

From the hundreds of entries submitted all over the country, it is the school’s pride and honor that the three students are included in this year’s roster of winners.  The following students are special prize winners together the titles of their entries:

“A Celebration of Life”

Participants shall receive a Certificate of Participation and a Personal Accident Insurance form COCOLIFE,  while certificate of Appreciation will be given to the school.

The PRC-Board of Accountancy administered the CPA licensure exams on October 7, 8, 14 and 15, 2017, and released the results on November 2 and announced that 4,511 out of 14,816 takers passed the exams. The four-day exam covered the following subjects:  taxation, regulatory framework for business transactions, auditing, financial accounting and reporting, management advisory services, and advanced financial accounting and reporting.

The new CKSian CPA's are:

The 9th International Conference on Software Technology and Engineering (ICSTE) was held last October 27-29, 2017, at the University of Hong Kong – Graduate House. At the same time, the annual editorial board meeting of the Journal of Software (JSW) was also held. Mr. Lester Hao, CKS College Program Head of the School of Information Technology Education, presented a paper entitled Trigonometry with ProjectMEC: A Courseware and Student Performance Evaluation. The paper discussed the use of computer-aided instruction as an intervention tool in attempts to observe its effect on the performance of students in College Trigonometry. The study not only dwelled within the domain of Information Technology with the development and evaluation of the ProjectMEC courseware, but also posed implications for Mathematics Education through the integration of technology into the teaching-learning experience.

During the conference dinner, Mr. Hao was awarded the Best Presentation for the Software Design and Theory session. Moreover, the said paper was published in the Journal of Software (Vol. 12, Num. 11). The JSW is indexed by DBLP, EBSCO, DOAJ, ProQuest, and INSPEC, among others.

This achievement would not have been possible without the support of CKS College and ITE faculty members, especially Mr. Alvin Ray Estiva (CKS College ITE professor) and Dr. Arnel Fajardo (Academic Consultant for IT), who co-authored the said paper, in collaboration with student researchers Mr. Kendrick Kee and Mr. Marlon Tin. May this further enhance the research culture within CKS College!

For JHS: Advisory re Temporary Measures against the nCoV Scare